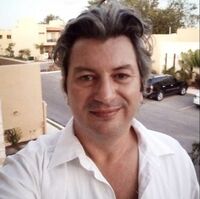 Jeremy Ayres - Naturopractic Consultant - Investigative Researcher - Broadcaster - Co-Author of The Red Pill Revolution
Naturally Better was founded by International Natural Health Educator Jeremy Ayres DO (Osteopathy), NC (Naturopractic Consultant (a combination of the best of Chiropractics, Osteopathy & Naturopathy founded by Dr Jeremy)), SBRCP ( Senior Practitioner of Physical Medicine), awarded to him for his outstanding work, by the former British Register of Complimentary Practioners. In the UK, DO's, his first training and qualification into the healing arts, are simply know by their name and an Osteopath. In North America, and many other Countries he is recognized as Dr Jeremy by professionals and clients alike and especially for his extensive knowledge and track record i helping people heal and become pain free.
For more than 31 years (as of 2021)  he has helped many 1000's around the world, often from health issues others have said there is no help or hope, to become vibrantly well and pain free.

However, Since the C0vid-I9 crisis, and the intense restrictions attempting to silence GP's, MD's and non-MD's or the like, he is now known, just by his name, and as a Naturopractic Consultant, Investigative Researcher, Broadcaster & Author. This move, though most around the word will still lovingly refer to him as Dr Jeremy, allows him to speak freely and completely while continuing his work. His continuing research is into the truths of what has made man unwell, and how to restore health, and that means ALL causes, including societal, geopolitical and environmental.

In his teens and early 20's he represented Great Britain in marathon and sprint canoeing as a junior, and was national champion on several occasions. Internationally, he achieved second in Europe in marathon racing before retiring at 22 from a back injury. This is the beginning of his blessing in dis-guise beliefs, as his injury led him to Osteopathic treatment, which resulted in an instant resolve that this is what he was supposed to do with his life.

He began his training at The British School of Osteopathy in 1990 before moving to the Northern Counties School of Osteopathy to train under the nationally esteemed osteopath, Harry Hawes. Harry was a healing genius who understood the classical philosophies and techniques and became Jeremy’s first mentor, recognising in him a natural talent. Graduating in 1994, Jeremy then studied naturopathy under the naturopathic genius, Barbara Wren, of The College of Natural Nutrition in Devon, where he moved to, again, to be mentored by Barbara, learning and gaining valuable insight into taking case histories and seeing dis-ease in all its manifestations and levels.

He was also invited to lecture in anatomy and physiology at The College of Natural Nutrition, which he did for two years. His abilities and proven work and methods were also recognised and awarded by The British Register of Complimentary Practitioners (now the International) for his work, and given the BRCPS title of Senior Practitioner of Physical Medicine in 2013. Jeremy has spent his entire career researching the causes and remedies for man’s modern dis-eases, and is now internationally recognised as an expert in all aspects of cause and remedy. His testimonials give insight into his successes, and he has been a sought after guest for many years on numerous podcasts, radio and other broadcasting formats.
He has lived and worked in many countries and been privileged to gain deeper insight into tribal and ancestral traditions and ways.

His knowledge has allowed him to help heal his wife, Natalie, who was terminally ill when they met twelve years ago and who had endured all the horrific rigours that modern oncology can offer. She has remained his support and advocate, inspiring many of the clients she has seen to become well, also. Jeremy has now teamed up with Ben Hunt, Phil Escott and Graeme Norbury, who make up The Human Unleashed membership course and community, an exciting web-based project receiving glowing reviews. He is also involved with millennial and progressive business people, who recognise we need new wellness structures to replace the struggling and current health system models. His life goal has been to bring the knowledge and wisdom of our elders, especially the Eastern and traditional ways with the Western, scientific proofs and collaborations, to bring a cohesive philosophy of healing back to a very sick world.

He is also co-author of the 5-star reviewed book of our times, The Red Pill Revolution.
​www.theredpillrevolution.com 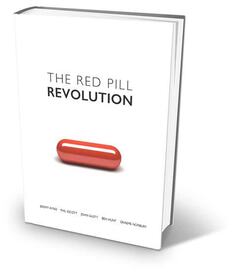 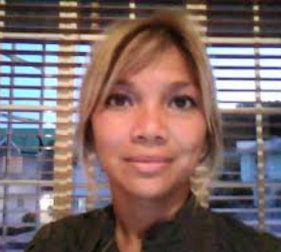 Natalie Kong - healed herself of terminal breast cancer (with Dr Jeremy's help) over 12 years ago (2010). She is passionate about sharing the truth of what chronic dis-ease and it's causes are and how to heal yourself as she did. She is a valued member of the Naturally Better Team.
She has proven to be a great inspiration to many clients who meet her as she is living proof that You're NOT sick, You're TOX-SICK as she has cleansed and healed herself and become Naturally Better. Natalie has branched out into making beautiful and powerful EMF protecting orgonite, based on the work of the great Wilhelm Reich. Follow her new creations follow her on her facebook page here: https://www.facebook.com/PocketOrgonite/www.facebook.com/PocketOrgonite/